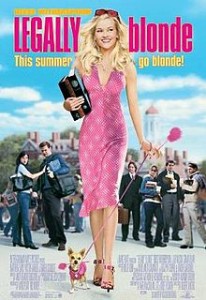 You have to be smart and accomplished to get into the Harvard Business School. But many women faced an additional set of hurdles once they arrived on campus: they could let the men dominate and get along, or they could be assertive and shunned.  The culture was quite familiar to fans of the movie Legally Blonde, in which a brainy Barbie shows up at Harvard Law and shows up her classmates.

As described in a beautifully written New York Times narrative, HBR leaders were appalled by that ‘false choice’ – once they figured it out. The story shows how a deep commitment, paired with insight and fearless leadership, more than doubled the proportion of HBR student women top performers in just one year.

Some of the most powerful tactics they adopted are similar to those we’ve seen work at MOVE winning companies:

Women were coached in how to step up in a group situation, how to not be talked over or overlooked when raising a hand to be heard.

Leaders restructured some course material into a collaborative team model, reinforcing the value and power of peer and influence dynamics. The traditional HBR case study method is, as described in the story, a top-down, power-riddled process with students called on the spot by professors. The new Field class structure is all about collaboration.

And to help the professions gain insight into their own assumptions, habits and – dare we say it – privilege? – the school installed tracking software that enabled them to see the gender implications of their grading decisions as they made them. To quote the story:    “New grading software tools let professors instantly check their calling and marking patterns by gender. One professor, Mikolaj Piskorski, summarized Mr. Nohria’s message later: “We’re going to solve it at the school level, but each of you is responsible to identify what you are doing that gets you to this point.”

By blending numbers and stories — the methodology used by Wilson-Taylor’s MOVE Projects — the leaders at HBS effected genuine change. The proportion of female students in the class of 2013, at 40%, was about the same as it was in in 2009 (36%). But the proportion of women in the top 5% of the class rose from 14% to 38% — in just one year.  Most companies would love to win results like that. Nice that HBR backs up how it’s done through MOVE.

P.S. — Take ten minutes to hear Brooke Boyarsky, the heroine of the NYT story, give a commencement address.